Varicocele is an abnormal enlargement of the veins present in the scrotum which drains the testicles. It is one of the major causes of male infertility and low sperm count. In some cases, the testicles fail to develop or shrink due to Varicocele. Homeopathic medicines for varicocele are natural and safe and have no side effects on the male reproductive system.

The main cause of Varicocele is not known (idiopathic) as it occurs when the valves within the veins along the spermatic cord do not work properly. This results in a reverse flow of blood into the pampiniform plexus in the scrotum. The resulting increased pressure in the veins causes Varicocele. The main symptom of Varicocele is the presence of visible and palpable enlarged veins. The person may also experience dragging-like or aching pains within the scrotum. The testicles feel heavy and in some cases, atrophy (shrinkage) of the testicles may occur. Palpating a Varicocele can be likened to feeling a bag of worms. Homeopathy treatment works very well in mild to moderate cases of the Varicocele. They act at the root to stop recurrence of the disease process. These medicines stimulate the disease-fighting mechanism of the body. As the healing system of the body is strengthened, the disease is completely eradicated. 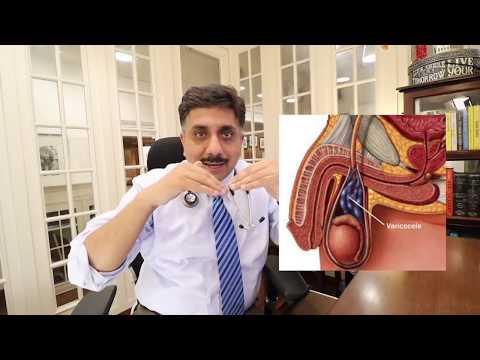 Nux Vomica is one of the leading medicines for varicocele with drawing pain in the testicles and spermatic cord as the guiding symptoms. A person suffering from this condition may complain of premature ejaculation. He cannot be in female company without emission. Varicocele with constricting pain in the penis is also treated well with Nux Vomica, rated among the top Homeopathic medicines for varicocele.

Pulsatilla is one of the most outstanding medicines for varicocele in cases where the main symptoms include severe inflammation of the testicles accompanied by pain radiating from the abdomen to the testicles. The person complains of great soreness of the testes and the testicles hang low down. Enlarged prostate, hydrocele, varicocele with venous congestion of the penis are treated well with Pulsatilla. Other associated symptoms for Pulsatilla prescription are nocturnal emissions, sexual excesses resulting in headache, backache and pain in the limbs. Pulsatilla has earned its place among the most effective Homeopathic medicines for varicocele.

In case of a swollen penis, especially after injury, Arnica is considered one of the outstanding medicines for varicocele. Severe pain in the spermatic cord and bruised genitals are usually indicated in cases where Arnica will work best. Testicles relax with hot swelling of the scrotum. Varicocele with violent continued erections and impotency from sexual excess or abuse is treated well with Arnica.