Vitiligo (often called leucoderma) is a disorder where the skin loses its color in patches of irregular shapes and sizes. This is a pigmentation disorder which means that melanocytes (the pigment-producing cells) in the skin get destroyed. This results in the development of white patches on the skin. Homeopathic medicine for vitiligo like Arsenic Sulph Falvus, Arsenic Album, Baryta Mur and Baryta Carb can treat the problem effectively.

The hairs which are growing in that area may lose their color and turn gray. This disorder also leads to psychological issues relating to appearances and at times in certain individuals (mainly the adolescents and the young) this stress can take enormous proportions particularly if Vitiligo develops on visible areas of the body, such as the face, hands, arms, feet, or on the genitals. They develop very strong emotions of being embarrassed, depressed, or worried about how others will react.

The cause for Vitiligo is not very clear but doctors and researchers are beginning to believe that Vitiligo resembles an autoimmune disorder. Which means that the pigment (the matter that gives colour to our skin) producing cells of the skin are destroyed by the body’s own antibodies (defense cells).

In some cases it has been observed that the onset of Vitiligo is related to a psychologically stressful event in the patient’s life. People with a family history of Vitiligo are more prone to develop these white patches. Ninety five percent of all those who develop Vitiligo, start developing symptoms before their 40th year of their life.

Other factors that have been found to be more common with those suffering from Vitiligo are presence of other autoimmune disorders, history of sunburns, rashes and other skin disorders and hair turning grey before the age of thirty five.

People with Vitiligo develop white patches on their skin of irregular shapes and sizes. Vitiligo is more common on the exposed areas for example hands face, neck and arms. It also occurs on covered areas too: – like genitals, breast and legs. In some patients the hair may also turn grey early and in the inside of the mouth, white discoloration may also occur.

The spread of Vitiligo cannot be determined. It may stop completely after the first patch but often these patches do spread. For some patients further development may takes years and for others the large areas can be covered in months. In some patients mental stress has been seen to increase the growth of these white patches.

Homeopathy is able to give wonderful and miraculous cures in many cases of Vitiligo. This is due to the fact that the treatment enhances the natural production of pigments. According to philosophy Vitiligo not a disease in itself but an expression of an inner disturbed state of the body. Thus, the cure should occur at a level where things have gone wrong. In order to archive this, the patient is analyzed on various aspects of mental and physical and familial attributes and also a complete study is done on the psychological-environment that the patient has gone through in his life. The prescription is then based at the deepest level of understanding of the patient?s disturbed inner force. Although many homoeopathic medicines Arsenic Sulph Falvus, Arsenic Album , Baryta Mur and Baryta Carb are known to give good results in Vitiligo; I would again reiterate the fact that real cure of Vitiligo occurs when the prescription is made according to the true principles of homoeopathic philosophy i.e. treating that deep causative factor  which caused this inner disturbance. Also remember that Vitiligo is a chronic disorder and can take considerable time even with the best of the homoeopathic treatment, for it to be completely cured.

1. Calcarea Carb – For Milky White Spots on the Skin

Calcarea Carb is a top grade constitutional medicine for Vitiligo. It is prescribed to patients of Vitiligo with milky white spots on skin. These white spots can appear anywhere on the body. In Homeopathy constitutional symptoms are given extreme importance in while selecting medicine in any given case. These ar unique constitutional symptoms that guide in the selection of Calcarea Carb . The first among these is tendency to free perspiration over the head, neck and chest. Next is intolerance to cold weather. Certain peculiar cravings may be present are – eggs, lime, pencils. Person needing Calcarea Carb may show tendency to catch cold easily. Weakness of bone may also be found. Easily fatigued by exertion. The tendency to chronic constipation and obesity also guides the selection of Calcarea Carb in vitiligo. On the mental sphere, the person may show a number of fears. The prominent fears among them are fear of misfortune, of contagious disease, of losing reason and of insanity.

Arsenic Album is yet another useful remedy for vitiligo in persons prone to dry, rough skin. The skin shows whitish spots and skin is dry, dirty and rough. The skin complaint alternating with respiratory complaints like asthma is a strong pointer for using Arsenic Album. In general sphere warmth is a relieving factor for persons needing Arsenic album. Warm applications over skin and warm drinks are highly desirable. Burning sensations in varying body parts may also be noticed. Extreme exhaustion may also be present. There are peculiar constitutional symptoms that allow us to select Arsenic Album in vitiligo treatment. The most prominent out of these are fears and anxieties. This remedy is often indicated in persons who have fears including that of death,  disease,  germs and of catching infection. Patients requiring Arsenic Album are highly anxious personalities. They may show anxieties  about health,  trifles and anxiety about others. Marked restlessness is often seen on both mental and physical planes in persons needing Arsenic Album. Next distinctive feature for selecting Arsenic Album in vitiligo is fastidiousness. Person demanding extreme neatness and order in everything are yet another suitable subjects requiring Arsenic Album.

3. Sepia – For Vitiligo in People with Indifferent Attitude

Sepia is another important remedy in the list that is selected constitutionally in vitiligo treatment. If the constitutional picture of Sepia matches with that of a person suffering with vitiligo, it possess a great ability to completely eradicate the disease.  constitutional symptoms that indicate the use of  sepia are – having an indifferent approach towards life and family. They show aversion towards family members and friends who were once loved with great affection. They lack interest in doing any work. Tendency to avoid both Physical or mental labor is present . They are constantly depressed with marked irritability, weeping tendency, desire to be alone and an aversion to consolation or sympathy. The use of Sepia must also be thought in women with menstrual irregularities or those around menopausal age with tendency to hot flushes.

Silicea carries a good scope to treat vitiligo when selected as per the constitutional makeup of the person. The set of symptoms that indicate the use of  Silicea are –   pale and waxy skin; tendency to excessive perspiration on hands and feet; tendency to eruptions with pus formation in various body parts; tendency to catch cold on frequent basis; lean, thin physical makeup . There are few characteristic mind symptoms that need attention when selecting Silicea. The main mind symptom are timidity and an under-confident nature. Silicea may be thought of in people who seem under-confident, fear public speaking, are timid and bashful. Obstinate behavior and stubbornness may also indicate its use .

5. Sulphur – One of the best Medicines for Vitiligo

Although Sulphur is mentioned quite low down in the list for treating vitiligo but its worth is equivalent to above narrated medicines. . Sulphur is a deep acting medicine used frequently in treatment of varying skin diseases including vitiligo. It goes deep inside the basic root cause to annihilate the disease in its complete extent. The persons requiring Sulphur usually show a philosophical mindset. They are popularly referred as ‘ragged philosophers’. Their mind is constantly occupied with various theories and plans. As a result they suffer from mental fatigue and absent mindedness. They take little or no care for their physical appearance and even show aversion to bathing. Persons who have suffered a lot from skin troubles, itchy skin with long term use of ointments are also likely to be benefited from use of Sulphur. Apart from all above said symptoms burning sensations in various body parts may be present along with white spots on skin.  An extra ordinary craving for sweets may also be shown as a constitutional symptom. 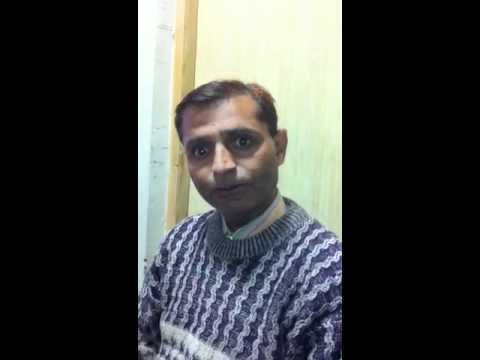